“Here we have a disease, influenza, a scourge of humankind going back centuries,” said epidemiologist George Rutherford, MD. “We have a vaccine that’s pretty effective. There’s no reason for us to be filling our ICUs with people with influenza who didn’t get vaccinated.”

For both the flu and COVID-19, the elderly and those with underlying conditions are more susceptible, but the flu also hits children particularly hard and spreads readily in schools. The more people in all age groups who get a flu vaccine, the more protected these vulnerable populations will be, experts said.

Risk of Overwhelming Hospitals
The effectiveness of the flu vaccine can range from about 20 percent to 60 percent depending on how accurately scientists have predicted the circulating flu strains that season. Effectiveness can also vary from person to person depending on their age and health. Even if the vaccine doesn’t prevent you from getting the flu, it may make the illness less serious should you get infected, said Chiu.

And this year, any reduction in flu cases and their severity could make a difference for hospital capacity, said Rutherford.

The worst-case scenario is that a surge in COVID-19 cases this winter fills ICUs so that even a mild flu season would overwhelm hospitals – not to mention leaving less capacity for patients needing intensive care from traffic accident injuries or heart attacks.

“We already know that with COVID-19 peaks, we were maxing out on our ICU capacity in places like New York City in late March of this year. So it wouldn’t take too much to put us over the edge again,” said Chiu.

Testing Could Be Strained

Another concern is testing capacity and shortages in the substances, called reagents, needed to run the tests.

“It turns out that the definitive tests for flu use essentially the same approach that we use for COVID-19 tests – it’s PCR,” said Chiu.

The same reagents are needed to extract DNA or RNA from samples in both tests. With flu and COVID-19 sharing similar symptoms, the demand for both tests may increase and lead to reagent shortages, said Chiu.

His lab is currently developing a single rapid test that would look for flu and COVID-19 at the same time, but such multiplex testing is not yet widely available for high-throughput screening.

You Don’t Want to Have Both At the Same Time
It’s also possible to be infected with the flu and COVID-19 at the same time, although it’s too soon to tell how common such co-infections will be.

“It’s not yet been established that dual or consecutive infection causes more severe disease, but I would speculate that that’s likely the case because the same site of infection is involved,” said Chiu.

What is clear is that the flu and COVID-19 both target the lung, said Rutherford.

“And to the extent that the lungs are damaged by one disease and the other one comes along and damages it more, you can get into trouble faster,” he said.

He added that it’s also known that influenza can make you more susceptible to infection by other pathogens. “In fact, a lot of the deaths of the 1918 flu pandemic were probably from staphylococcal pneumonia as a superinfection on top of influenza pneumonia,” he said.

In the 2018-19 flu season, about 49 percent of Americans received a flu vaccine, averting an estimated 4.4 million illnesses, 58,000 hospitalizations, and 3,500 deaths, according to the CDC. Experts hope more Americans will choose to get a flu shot this year – for themselves and for others.

Vaccination Rates Between Children and Adults in the U.S.

And while the Southern hemisphere, which experiences the flu earlier than the Northern hemisphere, has been experiencing a relatively mild season, that is at least partially thanks to COVID-19 mitigation measures such as social distancing and mask wearing. The trends in places like Australia suggest a milder season for the United States as well, but there are no guarantees, experts said. Colder winters in the north mean that people will be forced indoors where the risk of respiratory infections from close contacts is higher, said Chiu.

“If you’re walking around with the flu, you’re going to be a big transmitter,” said Rutherford. “So a vaccine is a chance for you not to transmit. In a season of COVID, you don’t want to have both at the same time, believe me.” 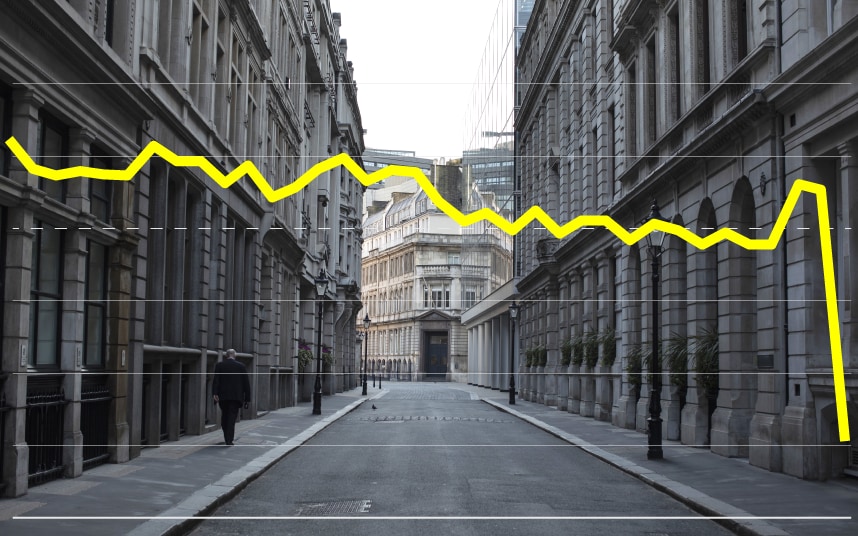 Controlling the pandemic is a prerequisite to saving livelihoods

As the world responds to Covid-19, country after country is faced with the need to contain the spread of the virus at the cost of bringing its society and economy to a standstill.

At face value there is a trade-off to make: either save lives or save livelihoods. This is a false dilemma – getting the virus under control is, if anything, a prerequisite to saving livelihoods.

Our joint appeal to policymakers, especially in emerging market and developing economies, is to recognise that protecting public health and putting people back to work go hand-in-hand.

The WHO is on the front line of this crisis by the virtue of its mandate, but so is the IMF. In the short time since Covid-19 started spreading across the world, the demand for IMF financing has skyrocketed.

Never in the 75 years history of the institution have so many countries – 85 so far – found themselves in need of IMF emergency financing. And this financing is being made available in record short time, with the first projects already being approved and money disbursed to provide much needed assistance to shield countries against dramatic increase in financial needs at a time of sudden drop in economic activities and in revenues.

As financing to support severely constrained public budgets reaches the countries in need, our joint plea is to place health expenditures at the top of the priority list.

In far too many places health systems are unprepared for an onslaught of COVID-19 patients and it is paramount to give them a boost.

And this can and must go together with support for economy-wide priorities required to reduce unemployment, minimise bankruptcies and, over time, ensure recovery.

They come in addition to – not as a substitute for – health spending, and aim to provide targeted support to most-affected households and firms, including cash transfers, wage subsidies, and short-time work, strengthening unemployment benefits and social safety nets, and limiting the rise in borrowing costs.

We recognise how difficult it is to strike the right balance. Economic activity is plummeting as infections and measures to combat the pandemic affect workers, firms, and supply chains, job losses and uncertainty drag down spending, financial conditions sharply tighten, and the oil price collapse hits commodity exporters – all with cross-border spillovers.

We are convinced, however, that emergency financing can only help if countries strike this balance. The WHO can help in vital areas for coordination such as ensuring the production and delivery of medical supplies to those in need, in an effective, efficient, and equitable manner – by facilitating advance purchase agreements, for example.

The WHO is also working with suppliers of personal protective equipment for health workers to ensure that supply chains are functioning. And this is an area where collaboration with other international organisations can be so effective – for example, the World Bank’s capacity to aggregate demand to purchase medical supplies in bulk.

The IMF for its part aims to help by doubling its emergency response capacity from $50 billion up to $100 billion – making it possible for countries to get twice as much money from the Fund as had been made available during emergencies. Its total lending capacity of $1 trillion is now secured thanks to decisive actions of its membership.

The Fund is also increasing its capacity to ease debt service obligations of its poorest members through the Catastrophe Containment Relief Trust for which generous donors are providing grant resources. And together with the World Bank it is advocating for a standstill of debt service from the poorest countries to official bilateral creditors for as long as the world economy is paralysed by the pandemic.

The course of the global health crisis and the fate of the global economy are inseparably intertwined. Fighting the pandemic is a necessity for the economy to rebound. That is why the WHO and IMF are cooperating closely with one another, and with other international organisations, to help address countries’ priority needs.

As we all work together, with little time and finite resources, it is essential that we focus on the right priorities to save lives and livelihoods. Our joint appeal is that in one of humanity's darkest hours, leaders must step up right now for people living in emerging markets.

Kristalina Georgieva is Managing Director of the IMF, and Dr. Tedros Adhanom Ghebreyesus is Director-General of the WHO.